Today Pandora's Razor will be moving to Kindle Direct Publishing so that you can read it for free if you are a member of Kindle Unlimited. That means we'll be removing PR from the other distributors soon and you'll only be able to read it on Amazon.

Thanks for being an avid reader ...

Posted by Ray Strong at 4:35 PM No comments:

Good reviews coming in for the next in the Hope's War series scheduled for December 17 launch! Preorders are live now on Amazon, Apple, Barnes and Noble Nook, Kobo, Smashwords, Odilo, Scribd, and GardnersExtended Retail.

Here’s what people are saying about Pandora’s Razor:

“Impressively real; ... from its seedy bars to its spirituality to its fictional historical figures. Many of these futuristic elements are fun, but Strong also effectively tackles serious topics, such as media bias and bodily autonomy."
Kirkus Reviews

Meriel[‘s] … resilience and determination made her a hero worth rooting for at every opportunity. There are few characters I have read about who have her strength of conviction, bar those like Katniss Everdeen from The Hunger Games. … by the end, I didn’t want it to finish. I had become close to the main characters and their striving to do the right thing and found that I wanted my journey with them to continue.
5 stars. Ellie Mitchell – Goodreads

This was one of the best sci-fi books I have ever read!! …  I could feel the dust in the air, the zero g atmosphere, the cold and the wet. … fast-paced and exciting.
5 stars. Rochelle Gary – Goodreads

From the start, there's plenty of action and the scenes are so well written that you can easily visualize everything.
5 stars. Andrew Shortall – Goodreads 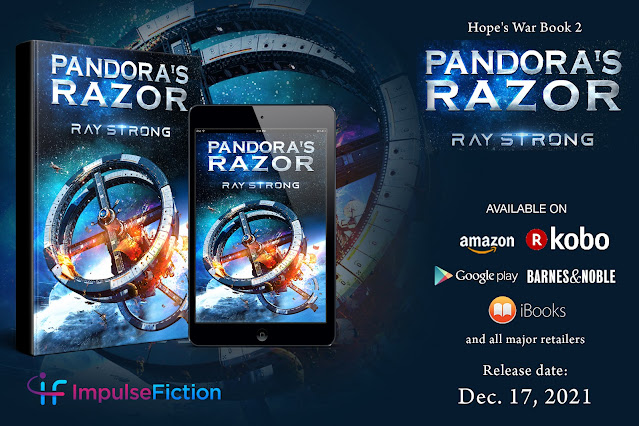 Posted by Ray Strong at 6:56 PM No comments:

This is an excerpt from the new book in the further adventures of Meriel Hope:

to be released December 17th. Enjoy!

The overcrowded hold of the tramp shuttle reeked of fear and sweat from the scores of men, women, and children huddled together. On the gallery above them, twelve rough men stood watch, their bandoliers bristling with blasters and pulse rifles. With each gust from the storm outside, the floor lurched, and a new waft of vomit swirled.

In one corner, Lars Yuan sat with his family, still disoriented from the hyperspace jumps. But his stained and wrinkled suit had endured the trip in better shape than his family had.

He smiled. “Almost there, kids. This is what we dreamed of.”

His wife, Marta, bit her lip, and his two children frowned.

This wasn’t their dream. Not at all. But Haven would be a fresh start and keep them off a low-g asteroid. The colony meant opportunity, and a refuge from Marta’s petty embezzlement charge that had revoked their citizenship on Dexter Station eight light years away.

It took all their savings, a life insurance withdrawal, and loans from friends, but they made the cash fare. And the inter-station credits Lars had hidden in his bags would help them get a fresh start.

“What’s the temperature like, Mom?” asked Julia, a frail teen they hoped would thrive in the Haven air.

The ship lurched again as the storm howled through the hull.

“Doesn’t sound like it,” his eldest son, Yuri, said as he shook his link in his chunky hand. “I’m outta juice, Pop. And there’s no compute resources to sync with.”

“When we land, son. They’re sure to have a visitor center.”

“I read Haven doesn’t have an industrial infrastructure yet, or—”

The shaking ended with a bang, and the guards hustled to the passenger deck and stood by a wall with batons drawn. The wall lowered into a ramp, and the dust roared in, replacing the foul air with fresh but obscuring everything in a gray haze.

“Welcome to Hell,” Corporal Greiber said over the whir of gears. “Last stop!”

A dozen of the guards took packs and weapons and filed out into the storm, but the refugees did not leave.

Greiber’s scowl wrinkled the scar on his chin. “That’s Nature. Get used to it,” he said as he threw bags out the door. “Out! And take your crap with you.”

Hydraulics pushed bales of supplies onto the cracked dirt while the remaining guards herded the passengers off with cattle prods. Some passengers with masks grabbed their belongings and disappeared into the storm. But most clustered together near the ship in the choking dust and cowered at the chirps and growls of alien beasts that sounded much more dangerous than the briefings suggested.

“Which way to the welcome center?” Marta said. When no one replied, she led the children through the swirls of gray, searching for the bale with their name on it. After rifling through it and finding no goggles or masks, she wrapped the tent around her children.

As the tent snapped in the wind, Sven dug through the bale.

“Two days’ water. Three days of dehydrated soy paste,” he said and ran back to the ramp.

“Hey, there’s no extra water to make the food,” Sven shouted above the roar of the storm.

“Back off!” Greiber said and warned him away with the spark of a cattle prod.

“Our water will only last a day. And there’s no compass or link. This isn’t what we paid for!”

Greiber tossed him a link and pushed a button on the bulkhead. “Call customer service.”

Sven caught the link as the ramp began to close. “Hey! What about our personal bags?” he asked, worried about the credits he had hidden there.

“Opps,” Greiber said through the last sliver of opening before the ramp clanged shut.

The link was dead. And when Sven flipped it over, the device fell to pieces in his hand and blew away in the wind.

The ship disappeared into the storm, and Sven rejoined his family, holding them close in the suffocating dust as the growls circled closer.

If you're interested in receiving an Advanced Review Copy (ARC) for Pandora's Razor, please see the questionnaire at 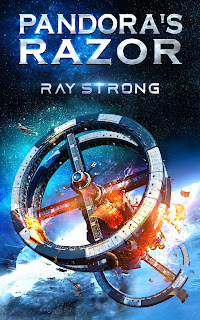 Hi ...
With the publisher's approval, release date for the new release in the Hope's War Universe is
Dec, 17, 2021.
If you're interested in an Advanced Reader Copy (ARC) and promise to write a review, you can get a copy at:

If you want me to send you an ARC copy direct to you, I'll post a form soon.
Posted by Ray Strong at 7:31 PM No comments: 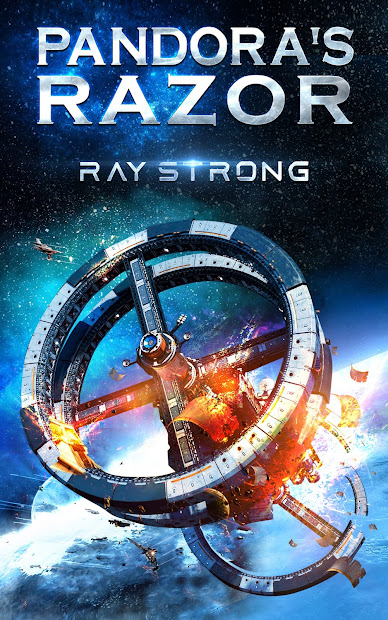 Posted by Ray Strong at 6:20 PM No comments:

Our first free days in years for Home: Interstellar (Hope's War)  begins tomorrow, June 23 and runs for two days. If you've been holding out, now's your chance to pick up a copy.

And a heads up, the follow-up novel in the Hope's War series, Pandora's Razor, will be coming later this year. 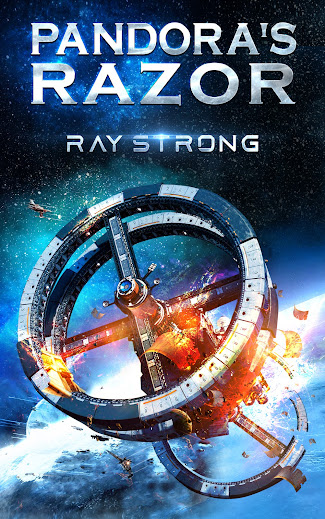 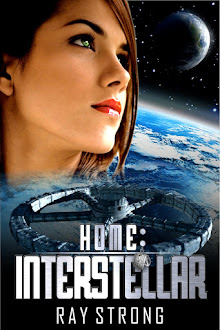 Subscribe to learn more about Meriel Hope and new releases.

Other Books by Ray: Singer Saga 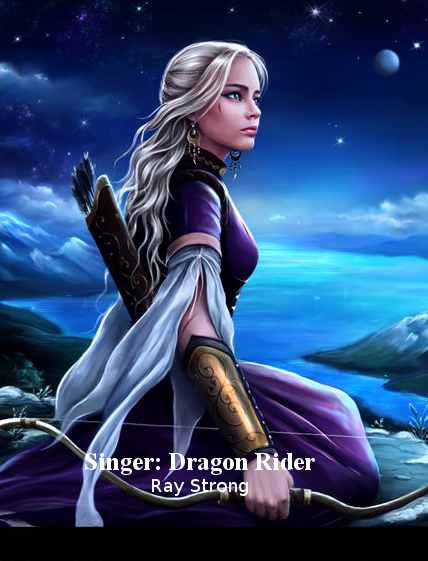 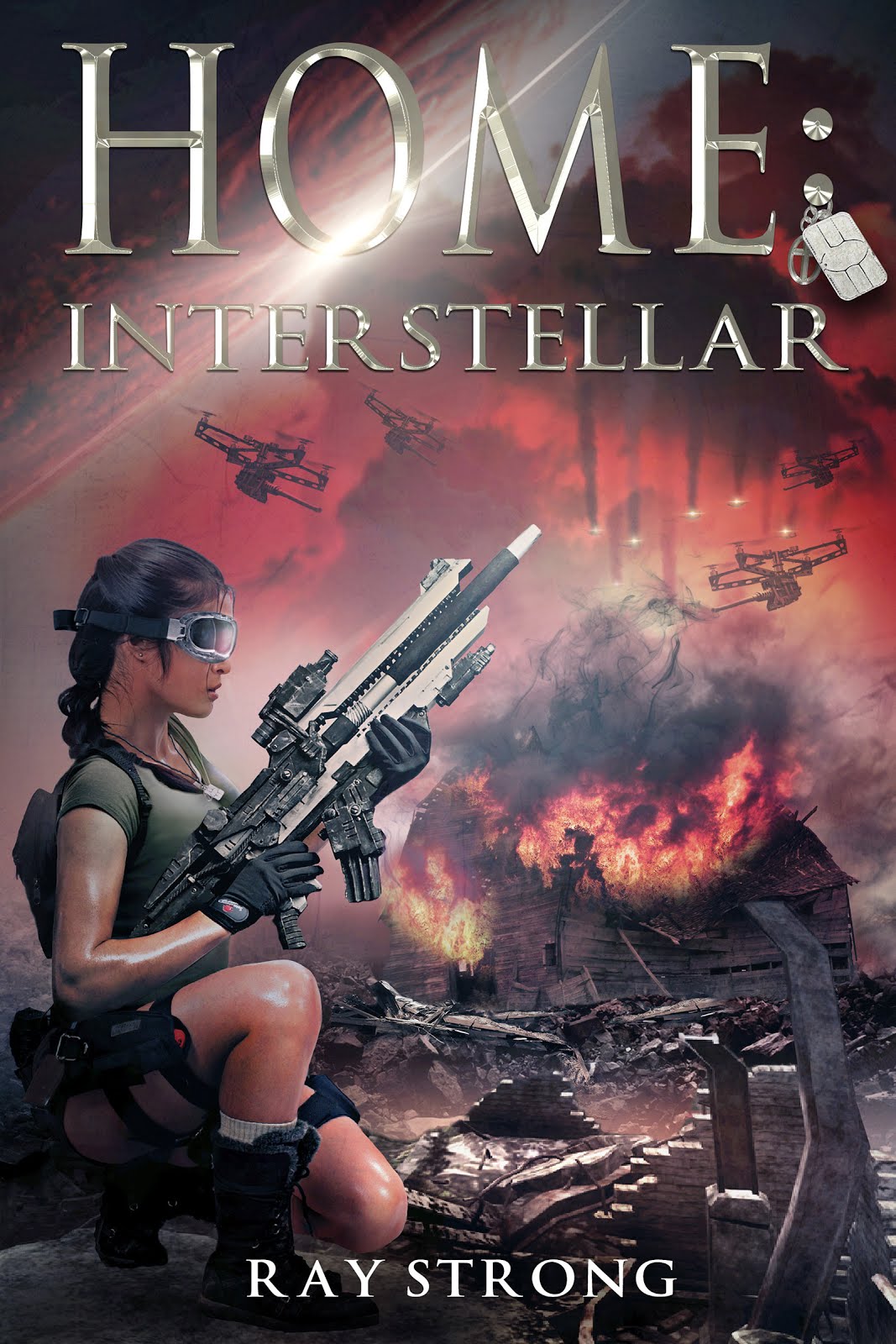